Truth Is Stranger Than Fiction!

My name is Tiwanda Lovelace and I am the daughter of man convicted of allegedly killing a police officer has been subjected to years of unaddressed deprivations. https://mega.nz/#F!HjolFYiD!6g220woQqxtU1B6lYQMkFw

26 pages of Docs in support of allegations:

I understand that there are many individuals are seeking justice and I am sure that you have seen a lot… I understand that we live in a desensitized world, where corruption is widespread but this is ridiculous.

I have watched for a lifetime as others are allowed to live a life without abuse of power and vilification. They believe in the constitution, the laws, civil and human rights; however they have never been directly subjected to these inhumane abuses and deprivations, publicly.

I am contacting professors of law, legal clinics and anyone in a position to address these deliberate abuses of power so that what has been done to me can be an example of deliberate, willful neglect and deprivation that is definitely attributing to lack of public trust in the legal system.

My father’s conviction of killing a police officer was news across the country but my deprivation at the hands of officials gets covered up.

Instead of addressing my allegations and concerns for my privacy violations, my request for my FBI file under FOIA (which I should not have due to no Federal cases) was retracted and ‘Sealed by Court Order.”

Meanwhile, not a single law has been enforced on my behalf; so, I suffered copyright infringements, mail-tampering, privacy violations, intimidation, harassment, judicial misconduct on two lawsuits across different regions, illegal modification of my criminal background and worse… with no intervention and legal assistance, denied.

I have even tried to leave the country but due to previous years of illegal modification to my criminal background record by officials, I have been detained and returned. See video at: https://vimeo.com/286729911 and 26 pages of Docs in support of allegations:

In addition, it would appear that my previous battles with the music industry is also currently and or still is having a negative impact and possibly contributing to continued inability to maintain employment and housing, as well. There is a trail of paperwork and public records demonstrating decades of systematic abuse of power; yet, all legal options and recourse has been denied.

This is just a few of the allegations that I can substantiate, listed below:

Embedded webpage with links to videos and more proof –

There has been no direct communication; wherein, the facts and proof of blatant, deliberate deprivation and willful indifference and neglect has been addressed.

It is amazing what damage can be done, when crooked politicians, lawyers and well-connected and well-financed individuals and groups decide to conduct their business at any cost. Blatantly, deprived of all civil and human rights, ‘under color of law.’ I am commonly referred to as a ‘slave’ or ‘pet’ or the ‘longest running joke!’

When I seek help from politicians, most try to ‘buck-pass’ or pretend to be interested, collect documentation and tell me that they will forward or help…but they never help. How do you have blatant proof but never an opportunity to be directly communicated or addressed? It does not take a rocket scientist to see, just by browsing through the supporting documentation. The judicial misconduct on two cases filed by myself is just blatantly, unbelievable.

Police, politicians or whoever is in positions to address allegations are turning a blind eye. Law firms and lawyers, either say that it is too big for them to tackle. Some legal groups only address cases that are directly affecting groups of individuals.

That means that because it is seemingly, just me, being enslaved and violated by officials and those targeting me for the many reasons that they have been given…I have no recourse.

It would have to be a whole city or at least someone that ‘matters’ that is being enslaved; therefore, others can keep violating, raping, robbing me publicly!

What you are about to read is going to seem unbelievable; however, just by following the supporting documentation, actual events and just how fast officials try to shut down any inquiries without addressing obvious misconduct and suspicious behavior on the part of authorities.

If I have managed to maintain and collect, this much documentation, while homeless and fighting to survive bullies for decades…Imagine exactly what officials already know and have access to, with their resources!

These officials know and their inaction clearly demonstrates that they are deliberately participating, with full knowledge and practicing willful, deliberate neglect, which has lead to decades of extreme hardship and dehumanization for a U.S. citizen.

The FBI has a 357 page file under my name, that has been ‘sealed by court order;’ yet, I have never had any FBI cases and there is no justification for decades of federal policing of any kind.

In the last 30 years, I have contacted every possible outlet for assistance but have been completely ignored. I have been vilified, persecuted, harassed and dehumanized because of others actions, in an attempt for officials and others to cover up decades of forced servitude and enslavement. Everything from my business products, publications and copyrights have been infringed upon and publishing, royalties have been taken.

I have been humiliated and threatened throughout the years by police and by those in the ‘streets,’ after being portrayed as a ‘Snitch!’ I have never worked with law enforcement. In fact, since my father is serving a life sentence for killing a police officer, I have never felt comfortable with them.

My criminal background was repeatedly altered, manipulated and illegally modified for over thirty years, negatively impacting employment and housing. I have screenshots, documentation to prove each illegal modification and false charges.

It took over ten years to finally quash the illegally obtained warrant. It took over ten years before I received the letter of Adjudication without Guilt from Dept.of Probation. It was over 30 years,  before the public defender office was able to have police officers finally half-way update my First Offender Act (which still has inaccurate and false charges showing as dismissed).

No one should be forced to live without any shield against corruption, bullying, misconduct and intimidation. Derived from actual events and compiled of documentation in support of allegations, public records, videos and actual events, this Exposé addresses the unchecked power of those who use their positions to operate with impunity and seek revenge.

I’m tired of asking for assistance because no one ever does anything to actually help. When I venture out to other cities, the persecution and harassment continues. I never stop trying to become self-sufficient, so, there is a trail of unnatural events; which only further indicates the level of abuse and official cooperation required.

I would be grateful to be enlightened as to how does an individual overcome this kind of blatant abuse of power, after decades of deprivation and vilification?

Although the message has always been that ‘nobody cares,’ I refuse to accept a life where, even with substantial proof, I have to live enslaved and deliberately deprived, never aloud to have anything or be able to have employment and housing all because I know better.

Founder and Managing Member of

Take a moment to review information on our products and watch our videos on YouTube or Vimeo. Download Books on Amazonor Google Play!

These are just a few of the many allegations provided that can be substantiated with an multitude of supporting documentation. Read online the Full unedited and modified Publishers Release! Maybe I can get the right person to read it so that this deprivation, degradation, dehumanization and madness can stop! #Invisible Judicial Misconduct Exposed Pages: 83 .pdf

No part of this blog or books may be reproduced in any form or by electronic or mechanical means, including information storage or retrieval system, without permission in writing from the publisher, except by a reviewer who may quote brief passages.

Although I have a letter from DOC Central Probation confirming adjudication without guilt, upholding FOA First Offender Act completion. My CJIS/GCIC criminal background has not been corrected and updated.

I have a letter showing that this Case was closed without adjudication of guilt under First Offender Act O.C.G.A. a42-8-60 but officers have not corrected and updated GCIC and CJIS.  This letter should have generated a GCIC/ CJIS update at least 3 of the 5 Arrest or Received and removal of conviction from original case no. Case: 136470 / 89CR2414.

I have been attempting to have my illegally modified GCIC and CJIS updated and corrected. GCIC Entries 3-5 are from the same case number – 136470; however, they are entered as different charges and arrest. Although each of the entries were well before and included (same case number) under FOA and there has been no criminal history, my criminal background has not been corrected or updated.

I failed to mention that I am the daughter of man convicted of allegedly killing a police officer has been subjected to years of unaddressed deprivations. I am not asking for your offices to take on my plight to fight officials. I am only requesting assistance in clearing my illegally modified criminal background. Basically, although I have received adjudication without guilt under the FOA, for over 20 years I have been deprived of employment opportunities, housing and the ability to travel. I am unable to maintain employment, so I have no income to cover cost for Request to Restrict Arrest Records or pay a lawyer.

I have been deprived of all rights to seek justice and denied basic needs. Blatant proof of abuse of power and deprivation has never even been addressed; instead, they are dismissed. Due to the entities involved, when I seek assistance these entities use their positions, influence and power ‘under color of law’ to hinder. Files are available at: Dekalb Georgia or click the following link – https://drive.google.com/open?id=1vQ6apCx2d7gQjRRlG-_r_JZWv9LcI8JQ.

G.C.I.C AND C.J.I.S. shows that Lovelace’s First Offender Act was changed to Conviction, although no sentence should be modified without prior notification to all parties and hearings on the matter. Refer to Inter-State Case Report from Michigan Probation Office. No contact was made, and no notice served.

I filed a lawsuit against the police but was met with obstruction and intimidation. Lovelace v. Dekalb County Police 1:03-CV-00925  – JTC (judges switched without cause to WSD). See Lawsuit: https://drive.google.com/file/d/0Bxyj65ly7-H9X2R5Y2oxdXhMWTg/view?usp=sharing

Would you be willing to assist in the removal of dismissed arrest and update of GCIC / CJIS?

I have completed the application for assistance through Public Defenders office.

Thank you for any assistance,

P.S. This is additional information that summarizes situation and clarifies questionable inaction.

I am not a lawyer. I am trying to be heard by someone who can properly address. 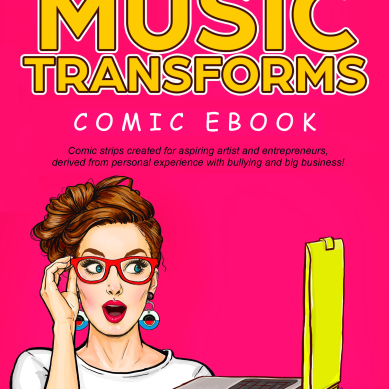